Another super little app for early programming. Like ALEX this will appeal to my year 2 children because it involves robots. There are some great things about this free app too. Firstly, you have to complete the first levels before you can unlock and access the harder ones. There are 24 levels altogether- pretty good for a freebie! 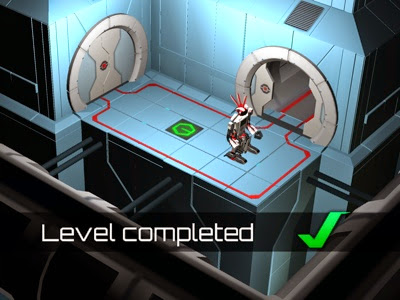 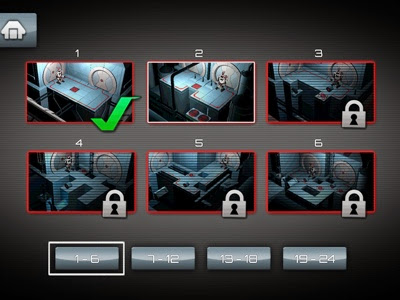 The game starts off simply, the same as ALEX, but becomes more challenging very quickly. By level 3 you are learning to grab and drop, then by level 4 your computational thinking is being challenged (well mine was!) with turns, grabs and drops. 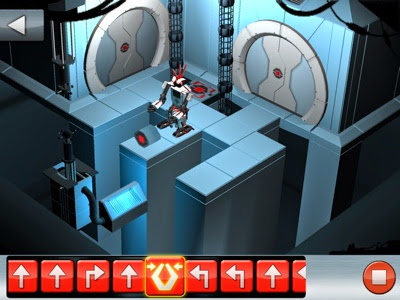 The thing I really like about this app is how it scaffolds your learning. When I went wrong on level 4 ( yes, that early on!) it let me know exactly where I went wrong by putting a cross (or kiss as I like to think of it!) onto the command that was incorrect. The commands in your procedure light up as the robot performs them, so you can see exactly where you are. Perfect! I know that the point of computing is that you learn to debug, but for year two children it's nice that they are given a hint.
The notion of 'if at first you don't succeed...' is great, but I don't want children to switch off - and this has happened with the Beebot app. The fact that they don't have to rewrite the whole procedure is also good. I'm not ashamed to show how many attempts on made at level 6 (it's11pm- that's my excuse!) 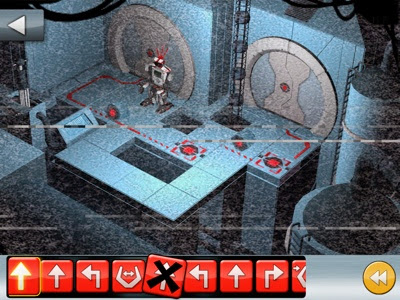 The fact that I didn't have to rewrite the whole procedure each time meant that I didn't give up. I'm still debugging my code in the same way I would if I was using a written programming language. 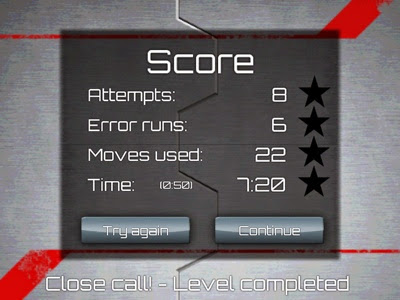 So, well done Lego-it's a brilliant app and I will definitely be using this in school. I might have to finish all the levels first though. Only 18 more to go...

Posted by Sheli Blackburn at 2:53 PM