These two apps were freebies that I installed via apps gone free. The first is called RGB express and much to my surprise I was quite impressed with it! The aim is to get your truck to the garage, sometimes picking up cargo on the way. You plan your route, then finger swipe the way you want your truck to go. Press play and you're off! 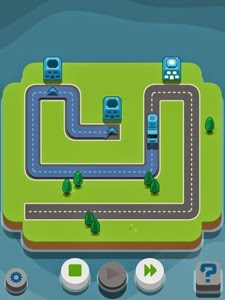 I can see how this would fit in nicely in the early years and was impressed when it became clear that the further you progressed through the app, the more thinking is required! 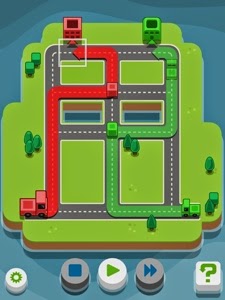 When you get to certain levels (and you reach them quite quickly) you have to think through the routes for both your trucks as they can't cross over. Perfect! Logical reasoning, unambiguous instructions, creating and debugging are covered in an EYFS style! 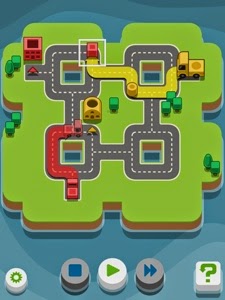 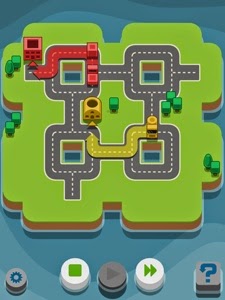 The second app looks very familiar, in a Beebot kind of way. Code blast differs in that it makes writing algorithm slightly easier, in that turns and moves are not separate commands. For that reason I wouldn't give it to a child who has mastered Beebot, as this would confuse them (it initially confused me!) It's a nice introduction to writing algorithms and the commands are visible on the right hand side of the app. When you press play it highlights in green where it us, which helps debugging when it goes pear shaped! As you can see, the algorithms can be quite lengthy. 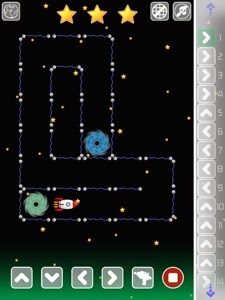 When I completed 12 levels I earned a certificate, which I knows important to many children. 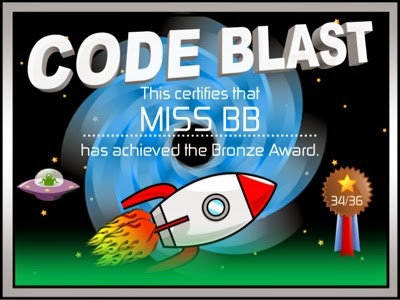 I'm now on the silver level and am now able to shoot aliens that are in the way. This will keep some children interested, if they have kept their interest up to level 12. 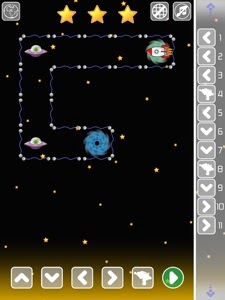 I am intrigued as to what will happen in gold level and am hopeful that it may progress onto the repeat command, but presently I don't have enough time to investigate. I shall find a willing beta tester next week at school! I will add their opinions asap. 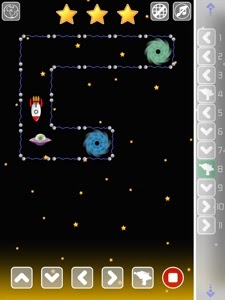 Don't forget you can find some more computing apps on my ipad site.
Posted by Sheli Blackburn at 5:03 AM