Before you read on, don't expect a critically written post about books I have read; this is merely a list of books that I have managed to read (and enjoyed) during a busy term at school. As always 'scuse the grammar/typos. I'm not great at proof reading my own work (as proved this week when I was mortified at missing out an apostrophe. Eeek! I no longer have the right to criticise those who add them willy-nilly!)

In my last post about books I ended with the book I was reading at that time - The Goldfinch. It is based around Theo, a character who I fell in love with because his heart-breaking situation was written so believably. I'm not going to go into detail as I don't want to plant seeds or accidentally write a plot spoiler. Needless to say I really enjoyed it, despite getting annoyed during some of the Las Vegas part of the story (and a little bit of the Amsterdam part too). I would even have been happy with less grit and more detail about the relationship between Theo and Hobie.  I imagine the book would make a good film in the future and I would certainly go and watch it, but then I usually* enjoy watching books come to life, even if they don't follow the text accurately.

After this I read The Room by Emma Donoghue, which I find quite disturbing. It was a half term holiday read - possibly not the best choice! Someone on Amazon claims to have 'adored' this book. I question that. I found it believable, but the nature of story would hardly put it in the adorable book section, in the same way that The Lovely Bones would never end up on that shelf.

In our book club we have read Coram Boy, The Hen who Dreamed She Could Fly and our current one, which is I am Malala. These are not books I would usually buy and are all relatively easy reads. Coram Boy is a children's book that deals with the fate of children born out of wedlock in the 1700s. This book was chosen by a friend, who read it as part of her course on children's literature. I think I would have loved reading this as a child, but I found it a tad frustrating (I can't remember why - it's a while since I read it) and the ending wasn't brilliant.  Our book club discussion was great after this book though - and I did learn about some historical situations because of it.

The hen who dreamed she could fly

This story has been translated into English from Korean. Apparently it is a good translation, but nevertheless I felt confused whist reading it. My book club friends seemed to love it a lot more than I, which made me question how much of an animal lover I am (I thought I was a big on that!) I couldn't read it as a story about a hen - I kept reading more into it, analysing it and making judgements about the author's life experiences. When I copied the link from Amazon just now I had a quick look at the reviews (I tend not to read these beforehand). This review by Ia890 captures my thoughts nicely.


2 of 2 people found the following review helpful
3.0 out of 5 stars basic 20 April 2014
By la890
Format:Kindle Edition|Verified Purchase
I thought it was like a primary school book on diversity. Blindingly obvious parables. First I thought it was some sort of political statement. The hen wants to live in freedom not oppression. Then finds out its hard to fend for yourself.
Then a lesson in racial diversity , then a lesson on death. All a bit simply written and I can't understand why it's such an applauded book
Am I missing something?


I have been left wondering if this is book is a metaphor of the complexities of cultural difference, or merely a story about a hen.

In between book club books I have read Perfect, The Shock of the Fall, The Fault in their Stars, Traitor's Blade, The Boy who Killed Pigs and Life after Life. They are all relatively easy reads that can be read during term time and have all served the purpose of sending me off to sleep thinking of something other than work. For more information about each one, follow the links!

The shock of the fall A quick read about a young person with mental health problems. A quick read for term time.

The fault in their stars Another quick read that I wanted to finish before the film came out. It's easy to guess what is going to happen in this one and I don't fancy sobbing through the film. I quite enjoyed reading it though-I liked the characters in a Dawson's Creek kind of way.

The boy who kicked pigs I found this book on the stairs. Someone had loaned it to my son and I was intrigued. It is written by Tom Baker and I read it in a Tom Baker voice. It's a very odd (quirky?) black comedy with illustrations in the style of Lemony Snickett. That's all I'm going to say about it!

Perfect Loaned to me by my friend Becca, it is a story that flits from two children growing up, an insecure mum and blackmail, to an adult with mental health problems. It is set in the 70s and is a little slow moving (the mum's naivety annoyed me immensely) and I did guess the attempted twist in the tale, but it enjoyed it for what it was. It's not a book I would highly recommend, but if someone gives you a copy and you have nothing else, it's worth reading.

Life after Life There were some sections (only a couple) in this Groundhog Day style story that I wished were shorter, but I really enjoyed this read. It is cleverly written and quite believable. I would recommend this to friends and would appreciate a book club chat about it. 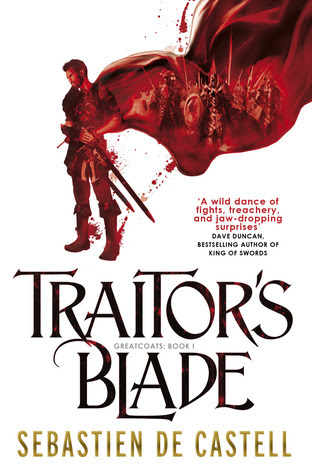 Traitor's Blade was recommended by a fellow Game of Thrones fan. I read somewhere that it was a Three Musketeers style story and that is how I subsequently read it. It's not as gory or unpredictable as GoT, but is an enjoyable read (measured by how quickly I read it). I started at the same time as my son and he read it in about three days. He has taken a break from re-reading Feist's huge collection of books and is road testing Blood Song for me. I enjoy it when we read the same books as there's always a debate to be had.

For the summer, so far I have Snow Child (a recommendation from colleagues), The tent, the bucket and me (perfect for the holidays!) and Blood Song. I have also borrowed Creating Learning without Limits from the library again, though at this point it is the only school book I intend to look at during the summer.

I would love to hear any more recommendations.


*The Time Traveller's Wife is a notable exception. For some reason he came across as more of a weirdo in the film who shows up naked in front of small children.
Posted by Sheli Blackburn at 3:12 PM