This is a quick synopsis of a mini mantle that incorporates 4 days of maths and English. We became a Pet Company called BB's Bizarre Beasts, because children love animals and who couldn't be compelled to learn about these weird and wonderful creatures. Many of you who know me will be aware that the planning is sketched in my head and that I feel that writing it down comprehensively is a pointless exercise. I'd much rather put the time and energy into resourcing and enhancing my ideas - or sharing them! So hopefully these resources will inspire you!

The learning objectives are:

Identify and record the information or calculation needed to solve a puzzle or problem; carry out the steps or calculations and check the solution in the context of the problem


When we became the pet shop I put on my work apron and cap, put my notebook and pen in my pocket and introduced myself as the proud owner of Bizarre Beasts, the best pet shop in the universe. I talked about all the creatures in our shop before playtime and shared little stories about them (trivial facts like what they ate, where they lived, who they lived well with). This took about 10-15 minutes.
I debriefed them afterwards, as some of my children were saying 'Is this real?' They needed to know that my stories were in my imagination and that it would be cruel to keep wild animals in a pet shop. My class liked the idea that we were using our imagination this way. After play, before we dropped back into the drama, we had a quick white board maths session when we thought about how we drew 'stories' to solve problems. We practised the skills we needed before the drama; problem solving is a whole class target and I wanted them to have their memories jogged about some familiar strategies. 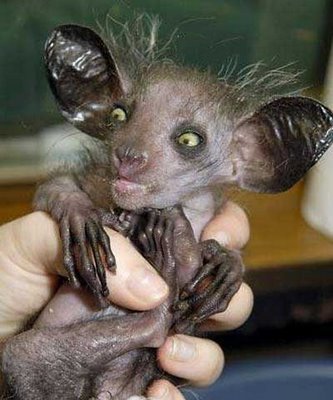 In preparation for after play I had blue-tacked some of the animals around the room, with trickier problems where the higher ability children sit in class. When we became the pet shop again, I told the employees that there were lots of problems to solve in the pet shop today and that I needed their help. My class set off to work together to solve the problems, with a real buzz. They could work where they wanted. I asked some employees to work with me and help me solve the problems. The employees had activity sheets to write their answers on and were aiming to get a 'pay rise' for their hard work (they worked well to that incentive!)

The same activity sheets have been adapted for tomorrow, when unfortunately one of our Swedish employees has been giving the wrong change. I have written the cost of each animal in the end column and the children have to show the coins that are needed to pay, so that these posters can be displayed near the shop till. Mid ability children will show 2 different ways for each price, high ability at least 3 different ways of paying to help our Swedish employee. This will lead on to giving change from 20p, 50p and £1.

Before they drop into the drama, they will have a quick maths skills practise, so that I know that they have the skills they need before they go off. This will consist of coin recognition and paying amounts, which will be no longer that 15 minutes. There are ways of doing this within the drama and I have considered jumping back in time to when all the new employees from other countries had money training, but I have an observation tomorrow and I am wary of being overly dramatic!

The last maths activity will be when we have the dilemma of not making enough money to pay the employees. The solution - half price sale!

For writing activities we are adding some descriptions of creatures to put by their tanks (this downloads better than it looks online)  and some persuasive posters for our half price sale.

Posted by Sheli Blackburn at 12:39 PM