My blog has been somewhat neglected for the past few months, so I thought it was about time I should share reflections of my first term as a deputy head teacher. Maybe it will help someone else making/thinking about making the move.

I had worked at Roydon for 11 years and felt valued, appreciated, 'listened to' and supported. Working for an experienced head made things easier as he recognised my need to be constantly moving and learning. I was involved in many school development projects, such as eco schools, ICT, AFL and mantle of the expert. This led to a new role as an advanced skills teacher (AST).

The outreach work I did suited me well, but there came a point when I started to question the impact I was having on some schools I was working in. One school had such a transient staff that I worked with three different ICT coordinators in a 6 month period. It became frustrating, but clarified a desire to go back to the point when I had a big impact on my 'home' school. I had two career options, start the NPQH and apply for headships in small schools, or find a deputy headship in a large school. When a post came up at a large rural school, very similar to Roydon and 5 miles up the road from my home it seemed too good to be true. The biggest wrench would be giving up my ICT responsibility; the biggest challenge would be that the DHT was also the SENDco. Having a background in special needs helps (and I have completed two thirds of a masters in inclusive practices) but the SENDco role and huge changes to SEN provision would certainly be a challenge. I was elated when I was offered the job and have not once thought that it wasn't the right decision to accept it. 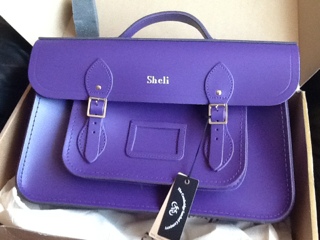 Over the summer I went into my new school a number of times and quite literally stared at walls. I needed to be in my new space (which is small - just a tad bigger than my living room at home) to think through how I was going to organise it. The outside area is a godsend and the classroom doesn't feel as small as it is because of the extended space it sits in.

I decided that I needed to start as I meant to go on, with good habits. These included:


I have succeeded in all but the last one - and I'm working on that. My feet haven't touched the ground since I started, but it feels good. I believe that the following things have helped me feel as though I have been at the school for much longer than the term I have been:

They may sound obvious, but they have helped me think about the type of school that was right for me.

As well as adjusting to a new school, difficult class, new SENDco role, leadership training and being left in charge for the second week of term, I have had to learn to teach Read, Write inc (I will blog about this later.) The latter has been a huge change for the school and has taken many hours of reading in order to teach it correctly. I will blog about this at another point.

It has felt like a whirlwind this last half term, but I know that I have had an impact in my new setting, even though it is only a small one. The school now has year 6 digital leaders, its first ever class blog and a film club. I have also supported a teacher who has undertaken the 'Improving Teachers' course (not my idea of a motivational course title) and become a school governor.

Needless to say, although I have tried my hardest to continue #DLChat, it has been a bit neglected this half term as has the Digital Leader Network. However, the lack of time for twitter has been quite liberating. Yes I have learned a lot from it and read some inspirational posts, but I have also realised that I spent too much time on trivia. I was inspired by another tweeter to have a 'cull' and try to leave behind the people who truly inspire me.  This has proved difficult, but I have managed to delete a few unknowns. The recommendation to get down to about 200 tweeters is proving difficult ...

I am looking forward to relaxing and catching up on a few books and films over the holidays, but as always am already thinking about the new year and am getting excited about the potential dramatic inquiry elements.

If you have any recommendations I'd love to hear about them!


Posted by Sheli Blackburn at 7:24 AM